Pediatricians and psychologists can debate exactly when childhood ends, but the eyes have their own idea. By the age of 7 or 8, your brain and eyes enter a relationship that won’t change much. If parents don’t seek pediatric eye care to quickly address vision problems, especially the one known as “lazy eye,” they may be forever too late. (You’ll find information on Horizon Eye Care’s Pediatric Center page.) 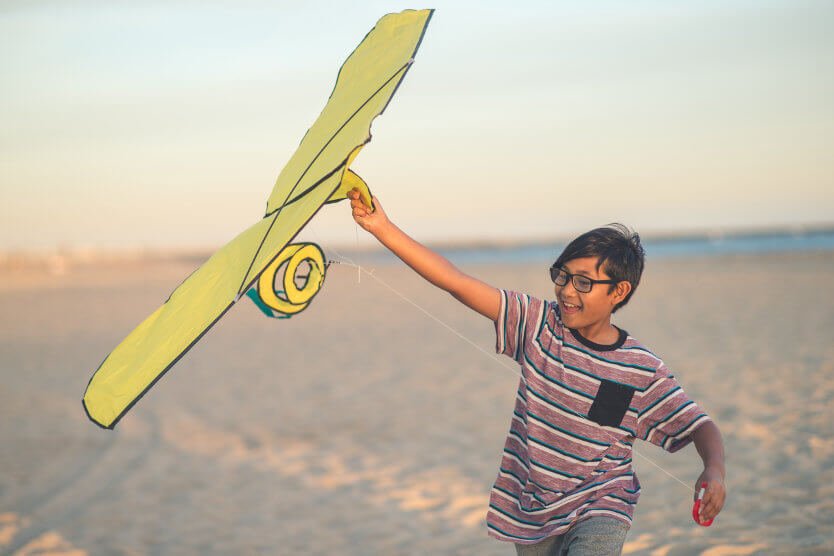 Kids seldom suffer from most of the eye problems that affect adults: dry eye, glaucoma, corneal issues or many others. However, two things crop up frequently in childhood that need to be addressed quickly. Ophthalmologists can look for them at any age from infancy onward.

Two Conditions to Watch For: Strabismus and Amblyopia

Parents will detect the first on sight. Strabismus makes the eyes deviate when looking at an object, turning them inward or outward away from the center. This condition, sometimes called “wandering eye,” can be constant or intermittent but does not fix itself.

Doctors often address it with glasses, which force the eyes to look straight ahead. (Eyes may wander again when glasses aren’t worn.) If this doesn’t fix the problem, surgery can promote proper vision. Untreated strabismus can last into adulthood, where it may involve complications such as double vision. It can also lead to the second problem, amblyopia.

That condition, known as “lazy eye,” is the most common cause of visual impairment among children receiving pediatric eye care: Between 2 and 3 out of every 100 suffer from it. Amblyopia occurs when one eye doesn’t focus as well as the other; it may be significantly more nearsighted, more farsighted, or have more astigmatism. The brain gets clear images from one eye and cloudy pictures from the other, so it devotes all its attention to input from the good eye.

Children adjust quickly to amblyopia: They may succeed at sports or in a classroom, because they learn to rely only on that good eye. But the brain stops forming connections with the weak one after a certain time, often around the age of 8. After that, attempts to make the brain process images from the bad eye usually fail.

Doctors who catch amblyopia early can treat it by patching the good eye or putting drops in it to blur the vision, forcing the brain to rely on the “lazy” eye. But left alone, amblyopia remains the most common cause of monocular (one-eyed) visual impairment among young and middle-aged adults.

It’s Never Too Early For an Exam

Pediatricians and school nurses often turn up vision problems and recommend patients to Horizon. Sometimes our ophthalmologists make the first vision examination a youngster has ever had. Those can be valuable, even if eyes look normal and children don’t complain of blurry vision: For instance, swollen optic nerves can reveal something amiss in the skull. (It can be an early indicator of a brain tumor.)

Healthy youngsters may need to see an eye doctor only once every two or three years, depending on what’s discovered at the initial check-up. Even pre-verbal children can be assessed via toys and play activities to establish a baseline. It’s never too early to get a thorough exam, followed by treatment where needed. But as patients who wait to address amblyopia know, some diagnoses come too late.

Schedule an Exam for Your Child